This “When/If – Then” tool helps to formalize hypothesis or assumption for any Hypothesis -Driven Design or Development.

This tool is helpful than the traditional elaborative templates to capture assumptions, as it was straightforward and can be used with a minimal explanation to a cross-functional crowd, a large portion of such population may not be accustomed towards the use the typical Tools and methodologies. The “When/If – Then” Tool is synonymous with the typical cause-and-effect kind of flow that is understood by and large and required very minimal explanation, and can be like any other UCD tools, can be constructed using simple post-its or printed formats. 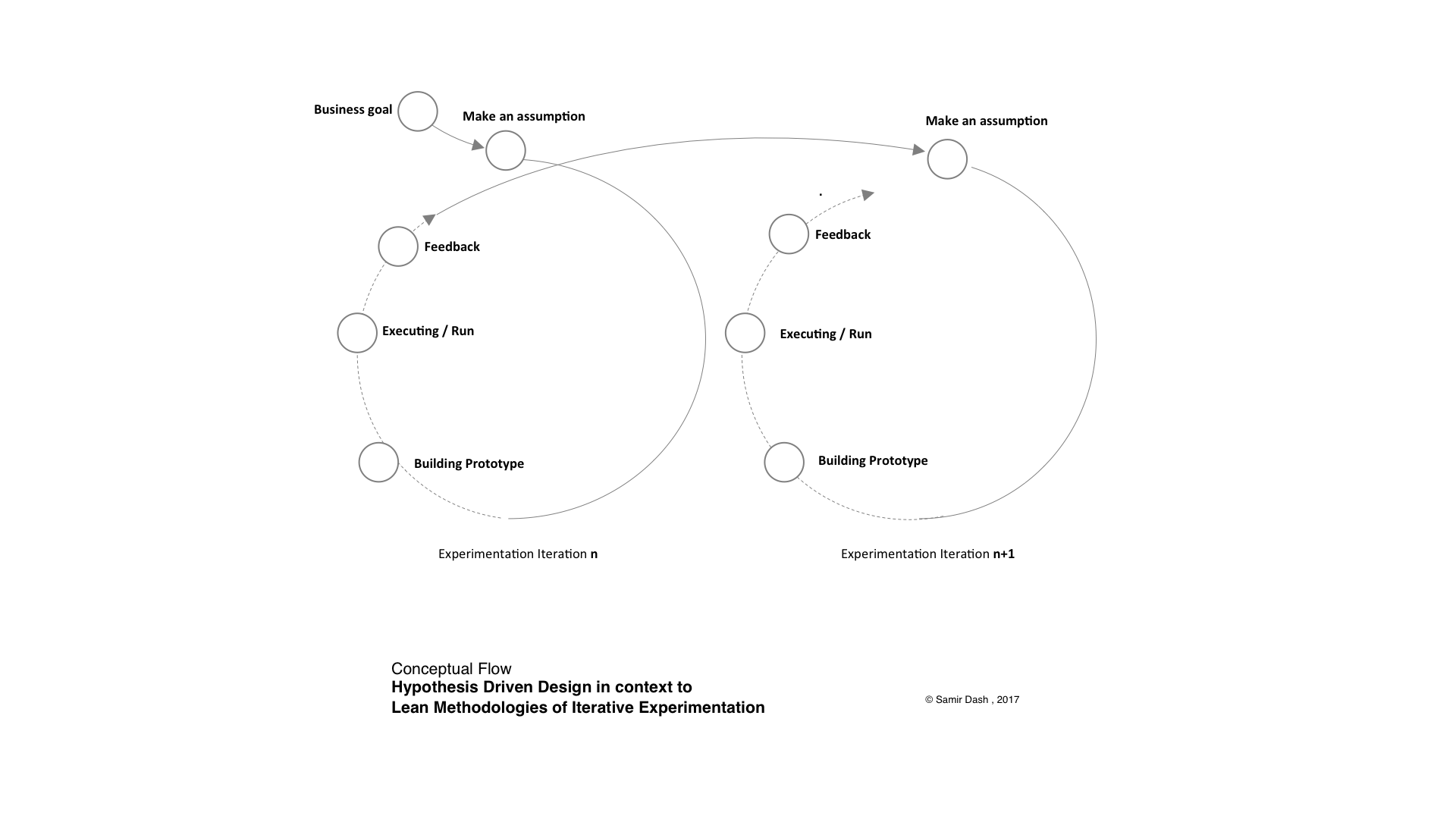