The current post is the 2nd in the series of 3 posts, where I would like to clarify the definitions and concepts that are core to our context covering User Experience (UX),Information Architecture(IA) and Interaction Design (IxD).

In design, human–computer interaction, and software development,interaction design, often abbreviated IxD, is “about shaping digital things for people’s use”

Interaction design involves attributes of several related disciplines such as :

Interaction design focuses more on human behavior through scientific tools and statistics, even when it is in fact is opposed to the disciplines which focus on “how things are” . Even when it uses tools that span across design and engineering domains, by it’s ability to perform “synthesis and imagining things as they might be” makes it a part of “designing” field.

In his book Designing Interactions. Gillian Crampton Smith, defined 4 dimensions of Interaction Design, to which Kevin Silver later added the 5 and the most important dimension (i.e. behaviour). 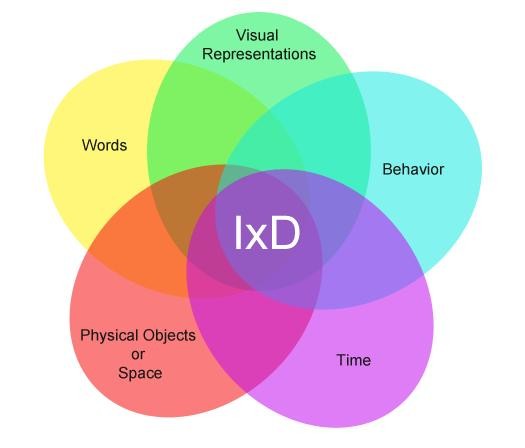 Many confuse between Interaction Design with User Interface design, as in most cases interaction design is associated with the designing activities of interfaces. However Interaction Design focuses more “on the aspects of the interface that define and present its behavior over time, with a focus on developing the system to respond to the user’s experience and not the other way around”.

Wikipedia defines it as :

User interface designor user interface engineering is the design ofcomputers, appliances, machines, mobile communication devices, software applications, and websites with the focus on the user’s experience and interaction. The goal of user interface design is to make the user’s interaction as simple and efficient as possible, in terms of accomplishing user goals—what is often called user-centered design. Good user interface design facilitates finishing the task at hand without drawing unnecessary attention to itself. Graphic design may be utilized to support its usability. The design process must balance technical functionality and visual elements (e.g., mental model) to create a system that is not only operational but also usable and adaptable to changing user needs.

User Interface design is somewhat “the form-giving counterpart to interaction design”. User Interface design differs from interaction design primarily in “ its focus on the behavior of artifacts rather than the behavior of humans”.In UI, the center of all the focus is artifacts that makes the interface, where as in case of IxD it is the human behavior that takes the center stage. 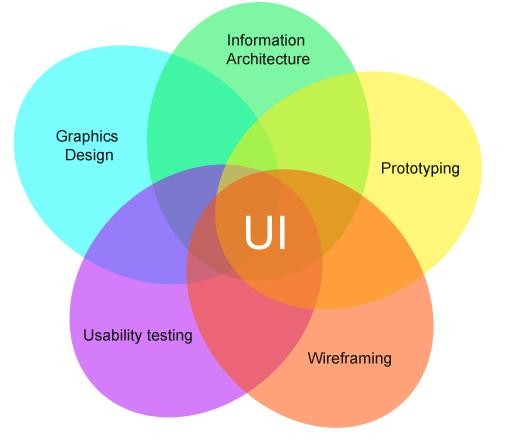 In 1998, the International Standards Organization (ISO),the organization well known for development of standards for industrial processes and product quality, defined“usability” as :

the effectiveness, efficiency and satisfaction with which specified users achieve specified goals in a particular environment. (ISO 9241)

ISO model prescribed the following 3 criteria as components of usability: 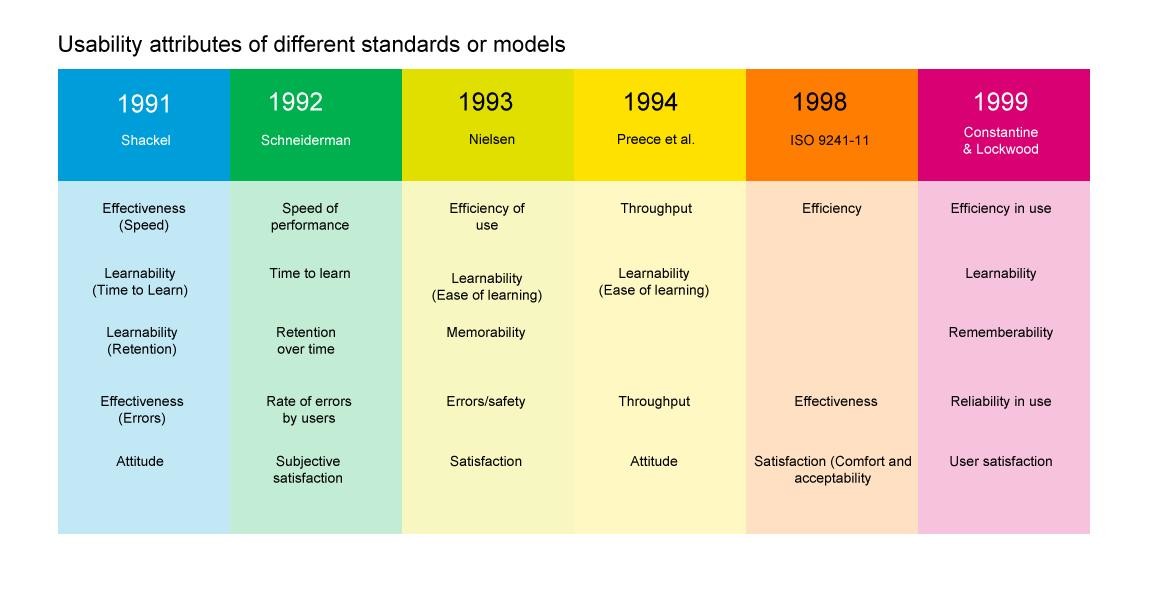 One year later , in 1999, Cosantine and Lockwood defined ‘usability’ as:

being composed of the learnability, retainability, efficiency of use, and user satisfaction of a product.

So basically it was an upgrade to the existing “usability” definition, with the addition of two new components:

Basically the addition of the above two components gave rise to the concepts of “mental model” of the user and it’s role in usability.

During 1980-90’s many “system models” evolved. These models were actually representation of a system from different stake holders’ perception, namely: the user, the programmer and the designer. 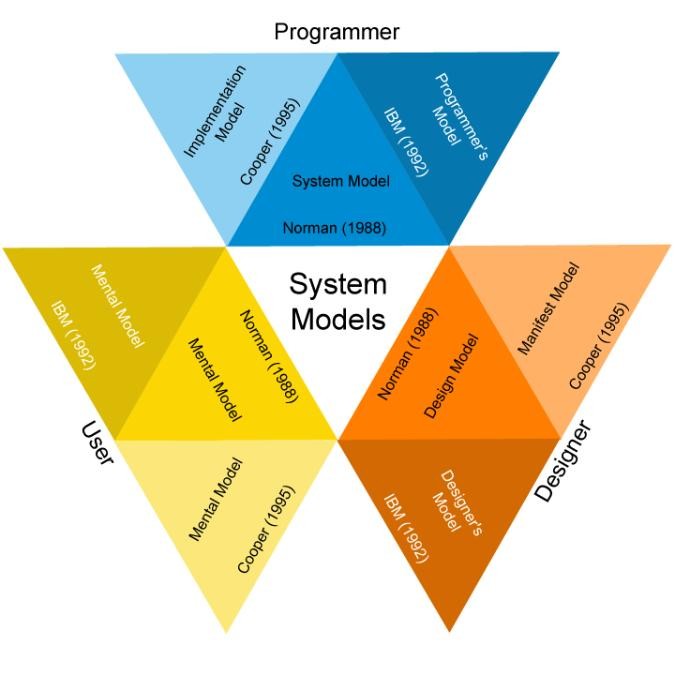 Among the evolved models, the most notables were that of Norman , Cooperand IBM:

The way the designer represents the program to the user, including presentation, interaction, and object relationships.