(This article was originally published on February 11, 2015 at https://www.linkedin.com/pulse/we-still-living-in-accessible-world-samir-dash/ )

Last week while shopping in super market, noticed a person trying hard to recognize something on a propriety sauce food packet. Removing and again putting on the specs he tried for sometime, then asked for help “Hey buddy, can you help reading it for me if it is pure veg?”. “It’s a veg only.. just look at the green icon here” I replied while feeling a little surprise as the veterinarian icon was bigger than my thumb, and is relatively easier to notice even for people having visual challenges like Hyperopia (far sightedness). “Yes I too saw that, but it’s difficult to recognise if it green or red!”. I realized the person is a colour blind.

Back at home, I checked some of the food items I had purchased and was surprised to see in most cases the popular veg/non-veg icons (veg represented as a solid Green circle in a square and the non-veg in similar shapes but with red in color. Check it here http://en.wikipedia.org/wiki/Vegetarian_mark ) is printed to food packets without any supportive text.

After running some basic color-blind tests on the same logo, to my surprise, it was clear to me why the person was having difficulty to read the symbol.
At different contrast level or slight changes in hues of red and green (which normally happens in different print or display conditions in daily usage), it is virtually impossible to detect both the symbols as two different symbols representing two polar opposite information — both of them looked almost the same! 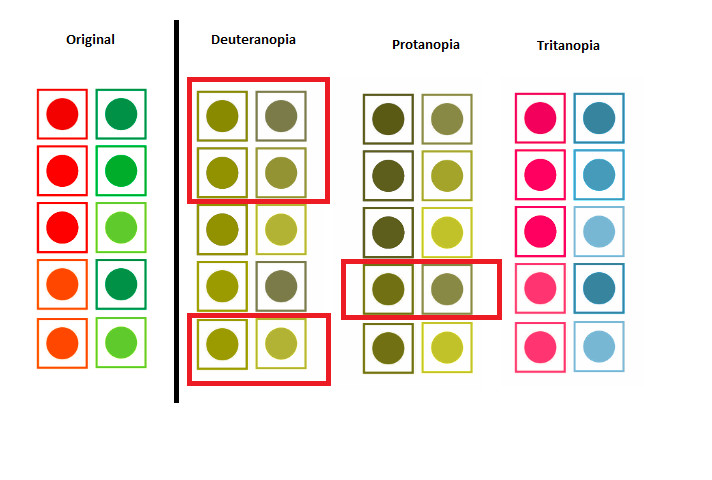 If you notice it is not the only case where this kind of ambiguity is present. 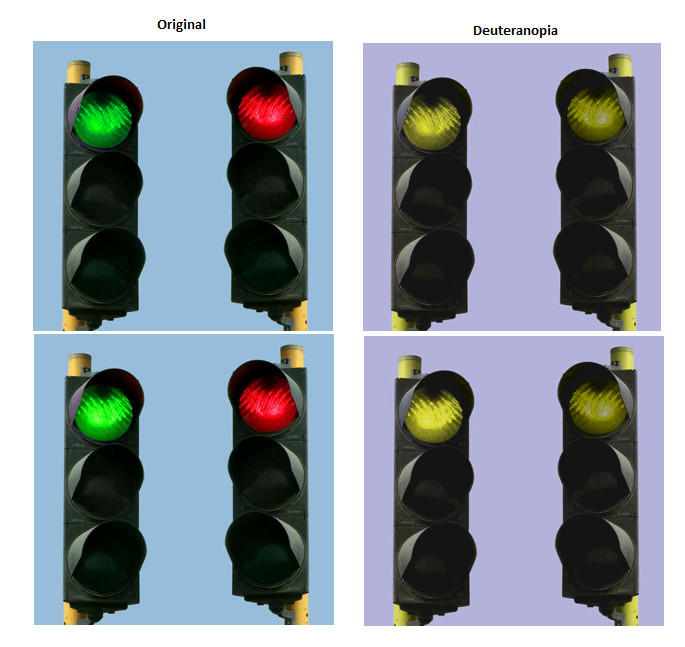 In case of modern traffic light also we see the signal showing the same issues. Karl Peglau (1927–2009) criticised the fact that the standard colours of the traffic lights (red, yellow, green) did not provide for road users who were unable to differentiate between colours (10 percent of the total population); and that the lights themselves were too small and too weak when competing against luminous advertising and sunlight. (Read about it at http://en.wikipedia.org/wiki/Ampelm%C3%A4nnchen)

There are trivial areas also where you see majority of the designers totally forget the 10% of the public who will see their work of art. This reflects in flags to logos of brands. Even though it is not critical in such areas to handle color blindness in such cases, still if you make it easier for these users, it shows you care for them. 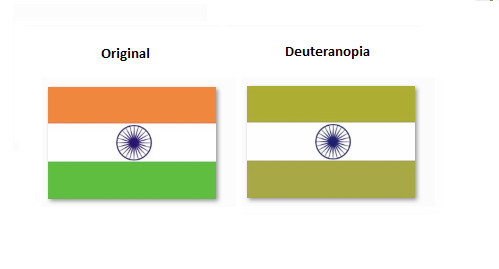 Peglau’s suggested model provided an improved version for the traffic light which was never used in .Later on many standardizations in traffic light improved the usability , however, there are a lot to improve in such areas. 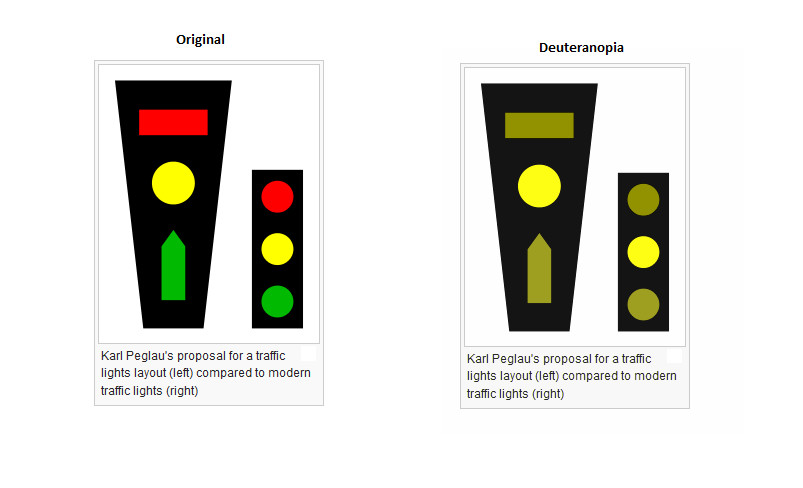 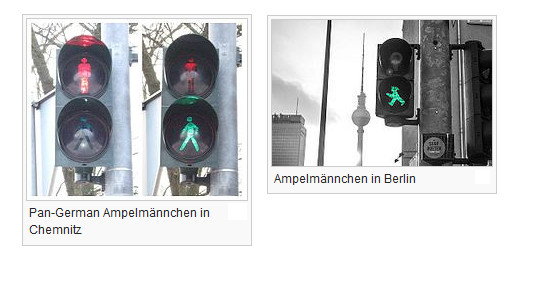 While designing a product, specially with color, we need to pause and think about alternate approach to represent the information using form factors, symbols and /or effects to improve the accessibility and thereby evaluate before going ahead and implement it.

There are many cases we will find around us, that are inaccessible to persons with some kind of challenges, due to their design, approach of implementation. This gives us enough space to innovate and come up with better solutions to improve the usability and accessibility of these products and make our world a better place.